Germline mutations of BRCA1/BRCA2 genes occur in up to 5% of breast cancer patients and 15% of ovarian cancers. These genes are major players in the repair of DNA double strand breaks. BRCA carriers have therefore increased sensitivity to DNA-damaging agents, such as platinum or PARP inhibitors. We recently showed a correlation between the BRCA2 genotype and response to platinum in ovarian cancer patients. Only BRCA2 carriers, harboring mutations located in the RAD51-binding domain (RAD51-BD), have prolonged treatment-free intervals and longer survival, whereas the other BRCA2 carriers did not show a survival benefit. We are currently investigating the impact of BRCA mutations on toxicity and response to chemotherapy in breast cancer patients. 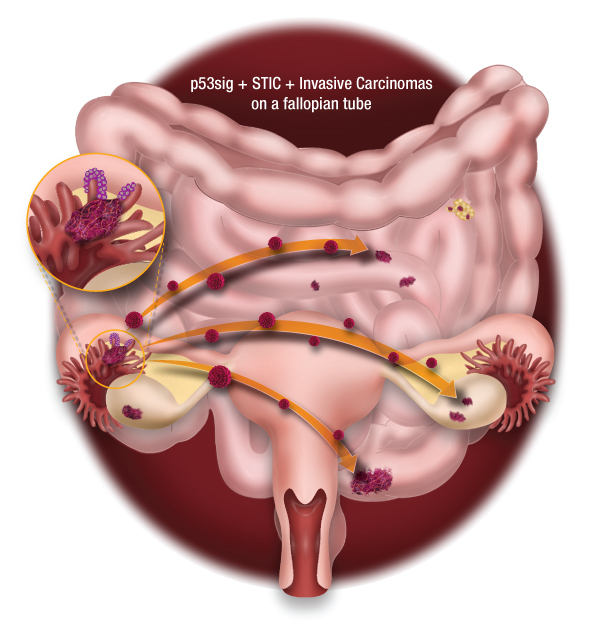 Figure 1: A proposed model of high-grade ovarian carcinoma that arise from the fimbrae of the fallopian tube. Illustration by Michael Cooper (cooper247.com)

High-grade serous ovarian carcinoma (HGSOC) is the most frequent and most lethal subtype of ovarian cancer. It is mainly diagnosed at advanced stages. In the last decade, compelling data suggested that the cell origin of HGSOC is the fallopian tube rather than the ovarian surface epithelium. Recently, we conducted extensive genomic analyses (whole-exome sequencing and copy number variation) of early tubal lesions of HGSOC (p53 signatures), serous tubal intraepithelial carcinomas (STICs), and invasive carcinomas of the fallopian tubes, ovaries and peritoneum. On average, the timing of progression from STICs to ovarian cancer was 6.5 years, with the cancer spreading to other areas quickly thereafter. Our work has provided important information about the development of HGSOC and has implications for prevention, early detection and therapeutic intervention of this disease.

This research project started from an intriguing clinical observation: mucinous cystic neoplasms of the pancreas arise only in women, mainly young, are mostly localized in the body/tail of the pancreas and are surrounded by ovarian-like stroma. They resemble mucinous ovarian tumors. We investigated what could explain such similarities and we found that mucinous ovarian and pancreatic tumors could share the same cell of origin, i.e. primordial germ cells that arrest during their migration in early embryo in the body/tail of the pancreas.